Civility and Respect in the Workplace

February 13, 2020
It has been EIGHT years since I've posted anything on this blog. The name doesn't really make sense any more (it's a long story), but we'll deal with that later. I needed to put some thoughts down on paper and  share them, but LinkedIn only allows 1300 characters in a post. So, hello, and no, this post is not about food.  This morning, I attended a CLE training about improving workplace civility and respect as a means of preemptively managing sexual harassment and workplace bullying.  The speaker,  Fran Sepler , offered a powerful and though-provoking presentation, with a great deal more nuance and detail than I'm sharing. I had a couple big take-aways/reminders (I took six pages of notes!!), ones that weren't really about sexual harassment at all, but about the value and need for civility and respect in the workplace. Hopefully, this will resonate with you, and apologies to Fran for my attempt to (poorly) summarize her information-laden talk. Did you
2 comments
Read more

It's So Easy, Being Cheesy 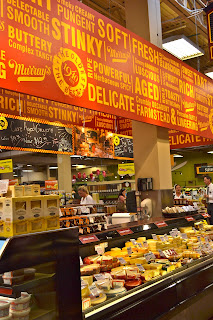 Thanks to a tip from fellow food writer and friend, Libby from  Cooks Like She Talks , Shawnie (of Manges! Mangi! ) and I were invited to a cheese tasting hosted by NYC's famous Murray's Cheese Shop. Anyone who spends any time with us knows Shawnie and I are suckers for a good creamy brie or a pungent, tangy blue -- and have driven 13 hours one way for a cheesy experience (see our road trip to  Rhode Island  last summer). A quick trek across town to meet the Murray's team and savor their wares was a no-brainer.   Murray's , if you're not familiar, is New York City's oldest cheese shop, founded by Murray Greenberg in 1940.  Over the years, Murray's developed a reputation as a premier cheesemonger, featuring a rotation of over 300 cheeses and their very own aging caves below their main store in Greenwich Village.  More recently, they have been building a partnership with regional grocery stores to share their love of cheese with the whole nation, se
Post a Comment
Read more 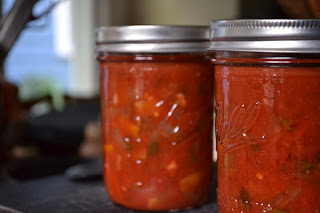 Making salsa has become a summer ritual for me--it's a perfect way to preserve those delicious tomatoes that are piling up at farmer's markets, and the flavor combinations are incredibly flexible and open to interpretation. Our hot central Ohio summer has provided us with great peppers as well, and there's really not a better way to make use of them. This year, as I am living without a functioning kitchen, my salsa making happened during the last of a series of canning classes I taught at Oakland Nursery.  Over a dozen folks came out to chop, dice, and put up a dozens of jars of salsa and tomato jam.  Twenty pounds of tomatoes later, everyone went home with a couple of jars of delicious tomato products.  Just for fun, we also did a heirloom tomato taste test, taking advantage of huge variety of colors, flavors and textures available. Over the years, I've tried and tweaked several salsa recipes, but find myself using one from Mary Anne Dragan's Well Preserved
Post a Comment
Read more

Pittsburgh is a Food Lovers Dream 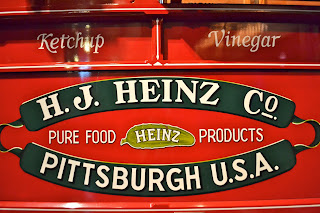 Mention Pittsburgh and food, and chances are someone will bring up Primani Brother's sandwiches or Iron City Beer (oh, and maybe you're familiar with Heinz' products).  And while those are Pittsburgh icons in their own right, there's more culinary action going on in The Steel City than just giant sandwiches, bottles of IC, and ketchup.  One of the best spots in town to get a true sampling of Pittsburgh food culture is along the northern side of the city on the Allegheny River, in a warehouse filled district known as The Strip. Conveniently located on the Allegheny River, The Strip became an industrial hotbed in the 1800s, as iron, steel, glass, and aluminum mills sprang up on the shoreline. By the turn of the century, produce wholesalers began moving into the area, with auction houses and warehouses flooding the area.  Fast forward past an actual flood, the decline of railways, and the proliferation of grocery stores, and the produce merchants in the area dwindl
Post a Comment
Read more

Breaking in a New Kitchen 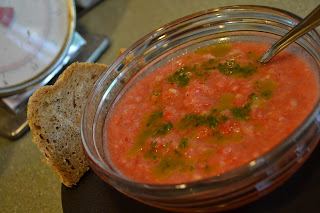 About two weeks ago, my partner-in-crime and I purchased and moved into a our first home...a giant step in relationship building and home ownership.  Our Craftsman-style bungalow was built in 1920 and it's--lots of natural light, a huge yard that next year will hopefully be full of gardens and chickens, a huge front porch, and a cramped, awkward, ugly kitchen. As the kitchen is probably the one place in the house where the P.I.C. and I spend the bulk of our time, we realized that the only option was a remodel, and quickly.  Walls start coming down in a week, and a new stove and hood are waiting for us in the garage.  It's very exciting and we're looking forward to having a more functional and attractive place to work, hang out, and entertain. In the meantime, I've been testing out the old-new kitchen with a few projects as time has permitted...peach cobbler, stuff on the grill, lots of salads.  I've found that it's tricky-but not impossible-adjusting to
Post a Comment
Read more 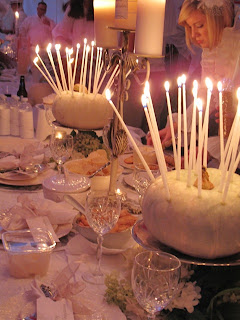 Pack a picnic! Wear white! Feast with Friends!   Fête en Blanc  2012 is set for Friday, August 10 at 7pm, somewhere in Columbus. What is it, you ask? Well,  Fête en Blanc  is a semi-underground, outdoor picnic for which guests bring their own picnic dinners, tables, chairs, and white garb to a location that is not disclosed until a few hours before the event.  It's been a French summer tradition for the last twenty or so years and is now an international phenomenon called D î ner en Blanc . Last year was a huge success...even with a day full of rain and some muddy ground.  Two hundred people showed up in white outfits and brought amazing food and drink, feasted by candlelight, then danced to the retro-sounds of local band The Randys.   This year's event is shaping up to be even bigger and better! For more information, check out the Fete website, here .  You can order tickets through the website, or at the eventbrite page.  This year,  Fête en Blanc  is o
Post a Comment
Read more 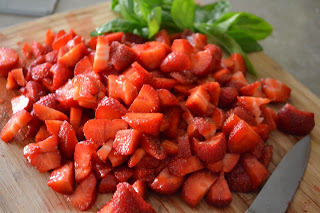 Drinking vinegars, or shrubs, are all the rage these days. Shrubs are fruit infused vingegars sweetened with sugar, and they are delicious mixed with some soda water or any given liquor. Shrubs have been around on the fancy-cocktail circuit for a while (I had a shrub cocktail at Nopa in San Franciso in 2009, and they're making a splash at Andy Ricker's Thai street food mecca  Pok Pok in Portland, Oregon.  His "Pok Pok Som Drinking Vinegars" are so popular that he's producing them for sale outside of his restaurant, and they're now available at Weiland's in Clintonville.  On the local blog scene, last week the lovely Rachel Tayse chronicled her creation of a rhubarb shrub on her blog Hounds in the Kitchen .  You should check it out. Over at the Ham Sandwich HQ, I had a dozen pounds of strawberries, courtesy of a seriously focused hour of picking at Schacht Family Farms last Saturday.   My freezer is not big enough for twelve pounds of frozen str
3 comments
Read more
More posts

The Ham Sandwich
Columbus, Ohio, United States
The H.S.is a lawyer by day, but spends the rest of her time baking, cooking, canning, gardening, and generally obsessing about restaurants, food, drink, and travel. She loves her hometown of Columbus and the culinary destination it has become and hopes to share some of that love here. Questions? Comments? Email the Ham Sandwich: hamsandwichindicted@gmail.com